How to write C++ concurrent code with std::thread

A multithread or concurrent code at some point runs multiple tasks simultaneously. For example, an app can run some calculations with one thread in the background while the GUI is still responsive with another thread. C++ provides thread library to write multithread codes.

I assume you are familiar with the difference between parallel and concurrent code.

I am using compiler GCC 11 with flags of -std=c++20 -pthread. The headers and main function might be missing in some examples:

A thread object can be defined with

The moment a program reaches this line, a task is started in the background to run aFunction.

Thread object is the only tool that connects us to the background process.

Let’s define a function that takes 7 seconds to run. 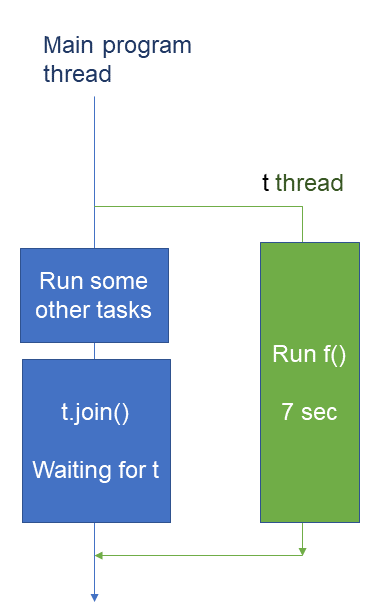 The order of output on my laptop is

So when the program reaches std::thread t(f),

You can make as many threads as you like to run in the background:

where task1, task2, task3 are functions. 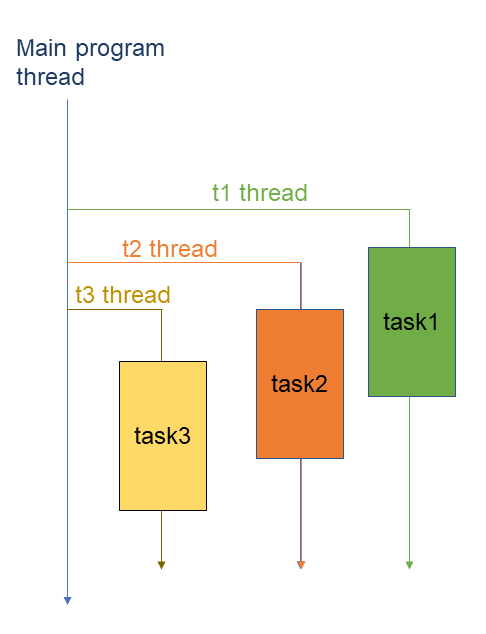 We can wait for a background thread to finish its job by using join() function:

Always remember to join running thread objects before they get destructed:

If you don’t join running thread objects and they are destructed, the program is terminated i.e. C++ calls terminate() function.

However, do not join an empty thread:

Function parameters are passed to a thread object constructor after the name of the function:

Move but not copy

Thread objects are not copyable: 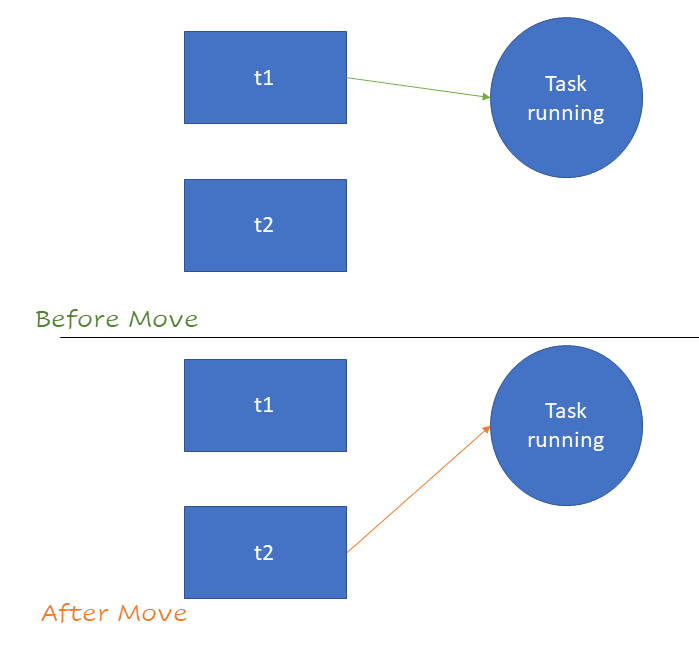 Now t1 is an empty thread object and the running task in the background is now associated with t2. Therefore, join t2 to wait for computation not t1.

And of course, you can pass the task out of a function by returning by value (a hidden std::move() happens):

A thread object can be detached from its task. This is good for a task that needs to be run in the background and we don’t need to stop it during runtime. An example of non-stop task would be checking a currency price every second: 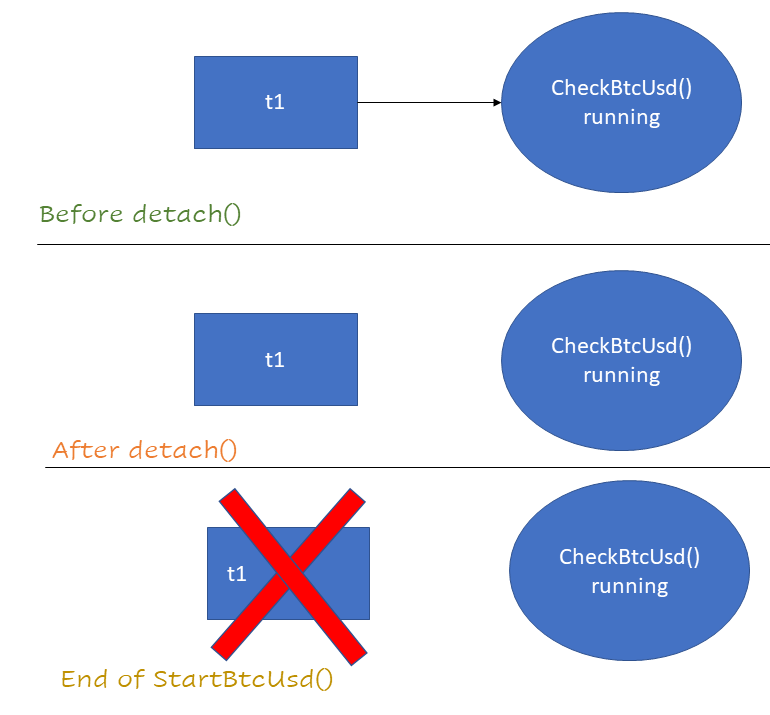 Sometimes we need to know if a thread object is joinable i.e. it is associated with an active task. We can assess it with joinable() function:

A thread object is NOT joinable if:

Note that if a thread is joinable, it doesn’t mean it is finished. It may be still running. So, if we call join() on a joinable task it joins immidietly only if it is already finished, otherwise, the program waits for it to finish and then it joins.

The syntax for class function is different to standalone function.

Threads are not RAII, we need to join or detach a joinable thread at some point otherwise the program is terminated. This creates problems if an exception is thrown before joining:

In the above code t.join() is not reached if an exception is thrown before that. To solve this you can do this:

You can also create a RAII class that wraps std::thread. When the class is destructed, it joins the thread automatically:

Threads are popular in higher-level programs. Besides C++, they are available in C#, Java, Python, and so on. They are usually used for sending/receiving network requests, I/O operations, running background processes of a graphical user interface (GUI), communicating with external devices, and so on. Usually, the number of concurrent tasks is unknown at the start of runtime and depends on the user interaction with the software. For example, a database server may not get any requests at 4:00 AM but gets 30 concurrent requests at 11:00 AM. Therefore, the number of concurrent tasks can exceed the number of CPU cores, and OS juggles them.

If you are looking for high-performance parallel processing where the number of processes is known at the start of runtime, I recommend checking OpenMP library to utilize CPU cores of a machine, OpenACC for GPUs, and MPI for supercomputers.

In a workshop, a boss has two carpenters who make coffee tables. Here, the boss is the main program, and the carpenters are background threads: 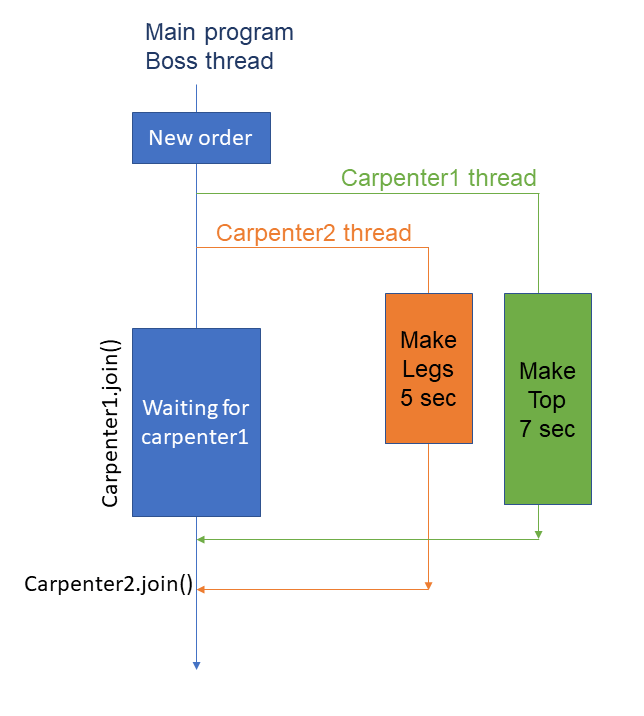