What is a C++ weak pointer and where is it used? smart pointers part III

A weak pointer is a smart pointer that does not take ownership of an object but act as an observer. In other words, it does not participate in reference counting to delete an object or extend its lifetime. Weak pointers are mainly used to break the circular dependency that shared pointers create.

Here, I imagine you have some knowledge of raw pointers, unique pointers, shared pointers, and auto keyword.

To enhance readability, in some examples headers and the main function are dropped:

Consider the example class below 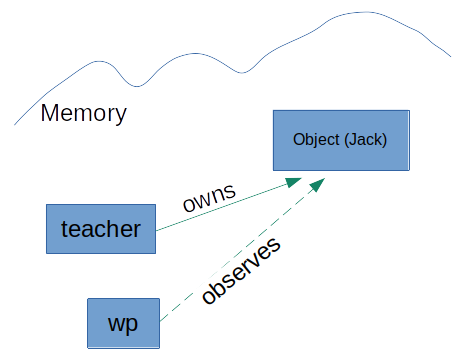 Somewhere else that we are not sure if the object is still there or not:

In the above example lock() returns a temporary shared pointer pointing to the managed object, Jack.

Let’s work out weak pointers with an example: 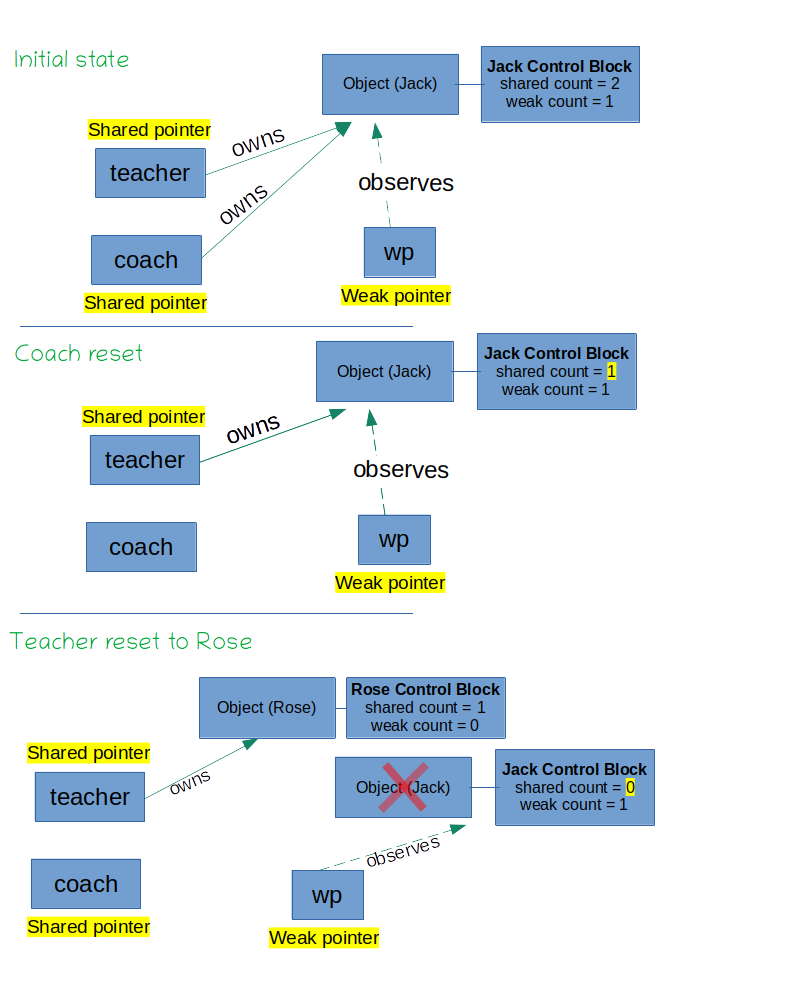 Why we need weak pointers?

This case can be solved with a weak pointer:

Both destructors are called. When Barca goes out of scope, it will be destructed as it is pointed by a weak pointer (non-owner). Valdes is destructed easily as it is not pointed by anything.

In case you have missed them, I have similar style posts on

If you are interested in various ways to create arrays and vectors in C++, see this post.

Mike 8-Mar-2022
Just finished reading through your various articles about weak, shared, unique, and raw pointers. Thank you for writing this out, it helped demystify the topics for me, and I learned a few new things that will definitely help me write better code.
Dawe 4-Apr-2022
Thank you for your clarity.
Ingenieur 4-Aug-2022
Best explanation that I could find on the internet for smart_pointers. The diagrams were extremely intuitive. It would be even better if you could provide a diagram for weak_ptr as well.
Nauman 1-Oct-2022
Awesome explanation